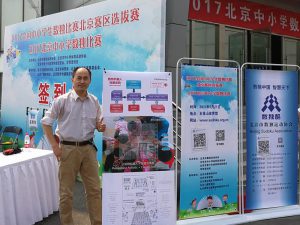 In addition, the Sudoku Association will organize “Sudoku night” activities at the eve of the China Sudoku Festival. New friends “Sudoku Sudoku robot” will arrive at the scene, in addition to questions and solving Sudoku robot show, players will also have the opportunity of Sudoku combat with the robot, and the experience of human-computer cooperative combat.

Kids was playing with Sudoku Robot.

They’ll learning the Scratch programming, That’s a sample about sudoku. the girl was 1st recorder of the game.

Additional, design the offline game, play with other kids, also a part of the program. above is the sample book to show how to design. After programming learning, those kids will be designed their own games – mindgames.

This was the 1st lesson, Mr.Yuan – the founder of FLAMEchess, ask kids:” what’s your target? ” They reply: “Challenge AlphaGo” 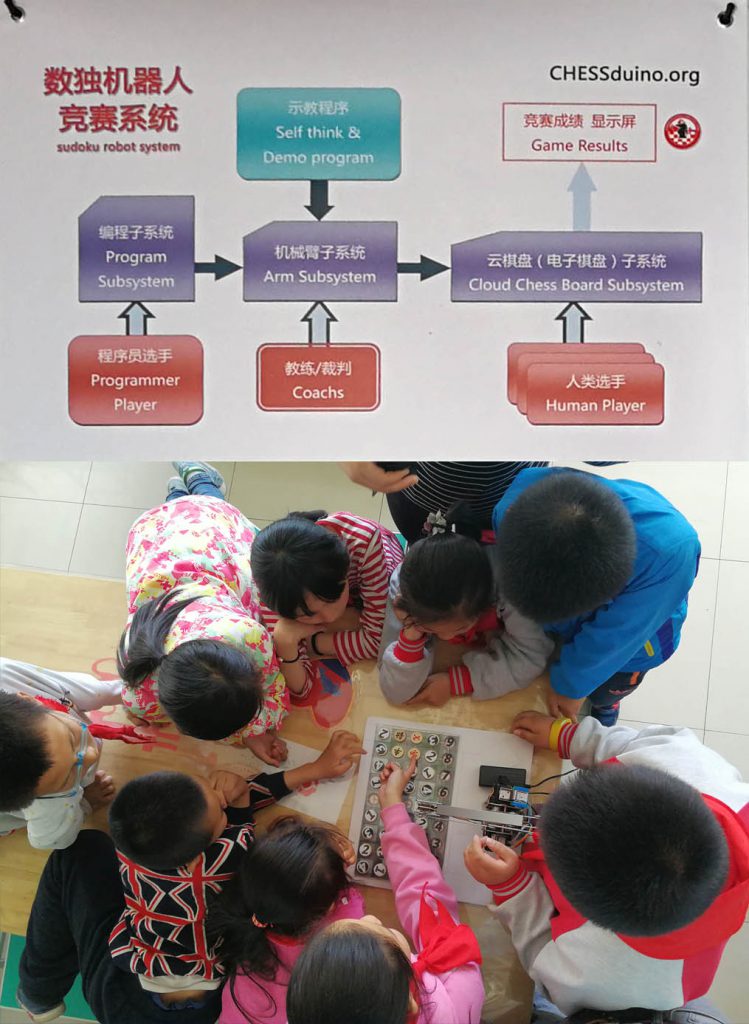 this was the 1st time they play with sudoku robot. above the robot system diagram, shown how to work with the robot. 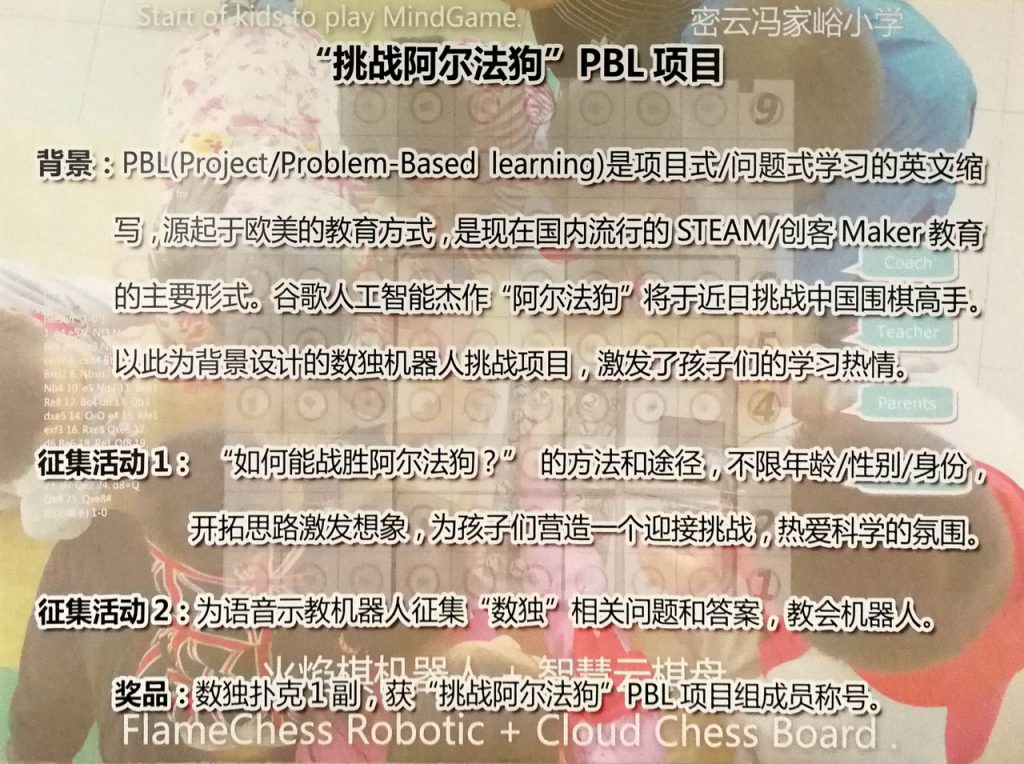 How to win the challenge, Many ideas we got. 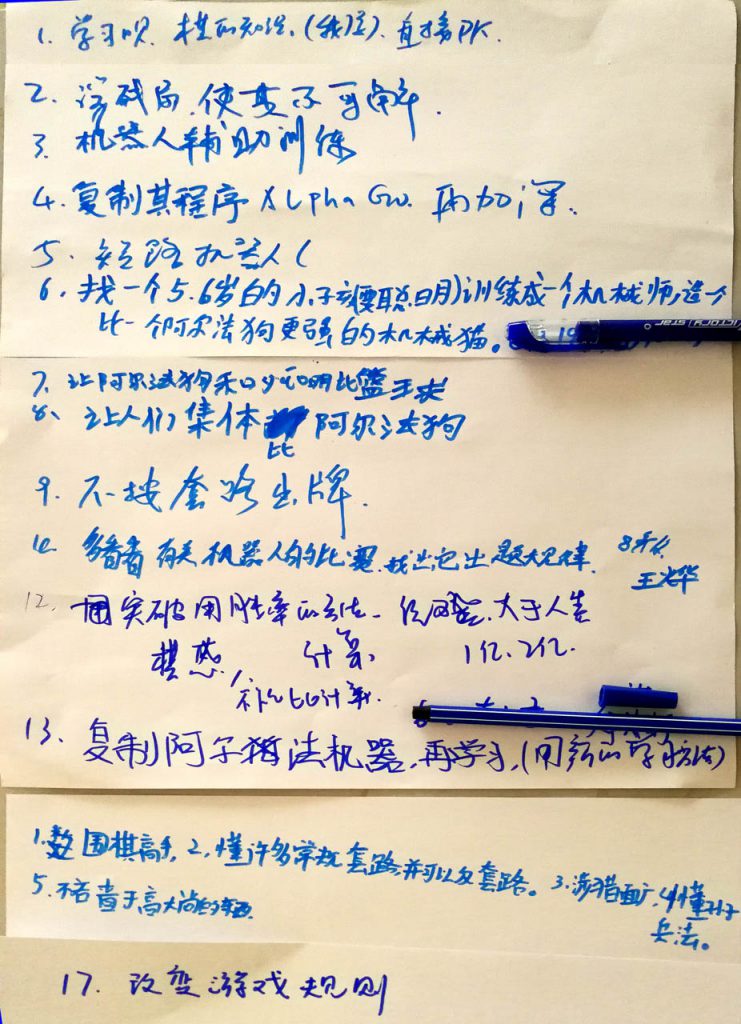 How to train the kids – the sudoku robot system.

challenging was going on, we are together.

For the kids training, 2017/6/7 was released one cheapest laser demo system. And FengJiaYu Primary sudoku team made a good testing. Those kids now are learning the Scratch Program Lessons of AERFAYING. At the day, Volunters of FlameChess worked with those kids to play the laser demo sudoku system 3 hours above. (detail: show0716.pdf) 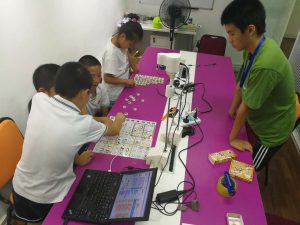